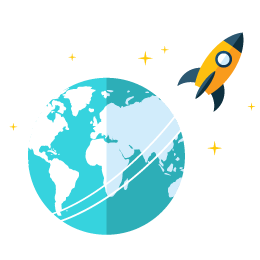 It’s not a great idea to learn things the hard way, but growing up I was the king. Then at a really young age it seemed like I was about to be richer than my wildest dreams and I could have that early, if I was well disciplined. It took years to realize how big of a hole I had dug. Then, eventually I was back at square one, more than once, but I had no assets on hand to use as leverage to get back to where I was at 17 with $1400 a month passive, residual income. When I lost it, it felt like I was alone, lost I’m the woods.

I was gonna retire!!!

I didn’t know it was possible to feel so lost, but after dropping out of high school, suddenly stumbling upon web design and AdSense, going from broke to making $125 an hour at 17 years old, migrating one by one to over 200 day jobs my street smarts have skyrocketed, but my security is less than age 17. Although I have 5000 square feet of office space, unless I keep building my wealth I could lose it any month, because I didn’t attain the space before accumulating enough assets.

A few months ago was the most stressfull time of my life. I lost my apartment to live in and was left with only my office . Moved into the office but rent was late and eventually I was told I was going to be evicted . Seriously I have no idea how I’m still here but the landlord letting me stay . I’m all paid up on rent now but I’ll never get over that moment of wondering if I was going to be homeless again after so much work and dedication Fearless devotion and honest sincere potential that is proven and tried … yet as an independent entrepreneur still pretty young in the game there was a certain discipline that I lacked and a certain appreciation for security which I’m done avoiding.

With all my heart I dedicated years of my life to becoming an entrepreneur but failed to save up cash money first to invest, which later led to stress beyond my wildest imagination. When I lost a business that I had spent years building in the blink of an eye because I was hacked by unknown terrorists it wasn’t that I didn’t have the determination to keep going, the problem was I didn’t have the resources keep going the way that I wanted to after I was attacked. Everything could have been lost, and I could have wound up on the street because I hadn’t first prioritized cash security and then prioritized entrepreneurial projects so I could always invest 100% of profits as needed.

It’s hard to keep a business when you have to spend your profits on dinner and rent. My business models overall have always been lucrative, but I lacked financial intelligence, and I’m pretty certain I could have been a millionaire by 20 years old, but I fell in love, and had too much fun chasing the girl of my dreams. Then my life fell apart and I was back living at my parents and no website income.

It took years to pick up my feet but I made it back up the ladder pretty well, eventually, and then moved West. My first client in the new location was a lot of money but suffers from depression. Brought me ahead in life for six months, but then I was almost homeless again, between clients.

Suddenly in a moment that seems like yesterday, 45 websites on my servers went down, clients are angry, missing lucrative space online that I’m paying for and a lot of it. It’s not just a broke n power supply. Nope,on that day my server was torn apart by the mind of another. A one-man team destroyed by a one-man Army. “Where’s your security bish!” he wrote across Web Design Leader.

It was only in startup phase then, and because I had several client sites as priorities I never repaired the site. Still to this day I can’t seem to locate any unhacked backups. Today is a new chapter in my life of business.

Security First – even if it takes a day job!

Now I sure hope not, I love having my own schedule, but don’t learn this lesson the hard way like I did! No matter how good your ideas are, security first. If you’re gonna build a truly successful company, you need a cushion or a sure fire plan of action, and hopefully both, because a POA is never guaranteed and how will you overcome the risk of failure if your wealth status is a month away from disaster?

When I was hacked I would have been fine if I had assets A month’s worth of wealth out of me Stored away to cover all of my bills. Then I could have taken the required a 30 to 60 days of personal labor and rebuilt all 45 sites as cleanly as possible. Instead because I had no cushion beneath me I fell and I fell and I fell Still to this day I’ve got clients that are angry at me and the blame me first some amount Of a lack of their success because I was hacked and I couldn’t rebuild the server Properly. You see someone had truly infiltrated the server they had corrupted backups They had been on my server for months. They’ve been in every file every piece of data every script every image every content-management-system They had access to multiple control panels multiple WordPress account They created their own scripts that connected Between A myriad of things Many of them more advanced than anything I can understand when it comes to hacking potentials. All I know was this was a malicious experience in my life felt threatened And if I had more money Saved up as a cushion I probably could have overcame this a lot easier. It’s taken months and months to get anywhere Towards a new found point of organization That includes the success of yesterday And brings it into tomorrow. Fortunately I’m quite a flexible person And one Stroke of Luck came after another so I’ve been able to continue forward entrepreneurially without any massive disasters including Going back to add a job. It’s been over 3 years Since I was an employee at a day job. Please don’t make me a slave again. Let me share this experience So that you don’t have to learn the hard way like I did.

So follow me on webdesignleader And see for yourself how we’re going to overcome our lack of initial overhead by leveraging past content and teaching others how to build success online. In the coming weeks you’ll see me personally fill out every page one by one, rebuilding my largest asset, not just for me, but any web based entrepreneur. Let us get rich together!